The life of my times

This blog is my diary from fifty years ago, recording some of the social and cultural changes that happened to me and my generation during the 1960s. As well as my diary entries, under the heading ENCYCLOPEDIA1960s you will find background information on some of the issues of the day, particularly those which affected me.

This was a world which did not have computers, robots, the internet, microwave ovens, MacDonalds’ restaurants. There were just three television channels, still in monochrome at the beginning of 1967. There was no legislation to promote equal rights, equal pay, health and safety. It was illegal to procure an abortion or for two men to have sex. The USSR and the USA glowered at each other behind arrays of nuclear weapons. Britain still thought it was a great power with a world-wide empire.

I will use these pages to explain some of the personal, local and international issues which provided a backdrop to my life in the 1960s. 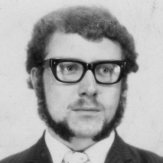